Hello all! I know I don’t post here very often but I figure most peeps follow my day-to-day adventures on Instagram. A medium like that, however, doesn’t allow for a very broad depiction of things, namely my upcoming season, goals and preparation, present and future.

So far this year, my scrambling and trail-running has mainly consisted of the usual Canmore and Kananaskis front-range fare typically reserved for spring, which our “winter” has faithfully mirrored and mimicked. I’ve developed good slogging fitness (horizontal long runs could be stronger) but it’s soon going to be time to start linking together mountains to scrape up the disgusting amounts of vertical I need to become friends with in short order.

At any rate, here’s a few shindigs I’ve got on my mountain-running plate this summer: 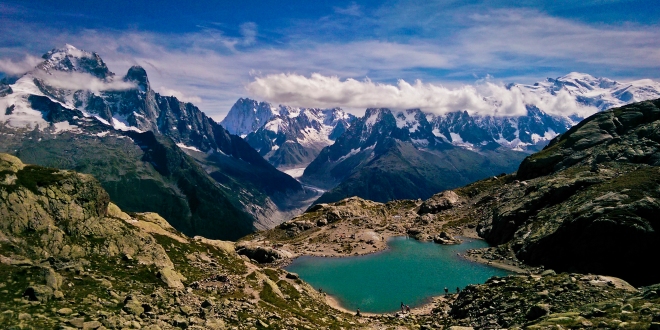 Last fall, I entered the draw and won a spot in the 80km Mont Blanc Marathon in Chamonix, France. I am immensely looking forward to returning to Chamonix and applying the lessons learned during my not-so-competitive race in CCC to this one. I’m trying to cut down weight, move faster, avoid congestion on singletrack and spend less time in aid stations. I’m excited about this race because it’s so similar to CCC, including some of the same trails, except for a couple differences that work to my advantage. Because it’s a slightly shorter race than CCC (with roughly the same amount of vertical), it is psychologically somewhat more palatable to me. Also, a 4am start and early sunrise means that I’ll get the awkward, stumbly headlamp part done first and hopefully avoid that occurring ten or twelve hours into the race when I’m really tired.

The Mont Blanc 80km is a Skyrunning race, which is cool, and also confers three points for UTMB which, if I finish this race, helps me land a spot in UTMB 2016.

@Dumpster_diver Patrick Sperling and I are proud to offer epic and adventurous alpine trail-running retreats in the Canadian Rockies this summer – as soon as we get our permit approved. Curious about running in the backcountry but not sure where to start? Love hiking but wanna ditch some weight and move faster and further with equal effort? We are planning to share our knowledge and the experience of mountain trail-running with others this summer. Spend a couple nights in a quaint hostel; learn to prepare and sample delicious vegan meals; run some killer trails then unwind with your newfound running buddies. Sounds like utopia, I know, but it’s just Mountain Stride Trail Running Retreats. Stay tuned for more info.

A Little Jog in My Backyard (August) 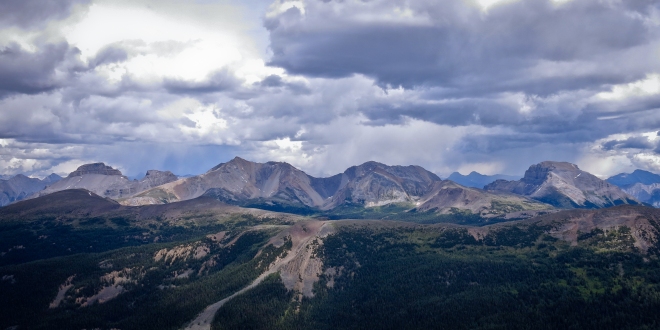 “A Little Jog” is my working title for a multiday fastpacking excursion I’m planning to undertake this August. The idea initially grew out of my desire to fastpack the Continental Divide Trail from Banff to Jasper this summer but changed into something a little more practical and aesthetic. We’re talking about 250kms; four to five days spent in world-famous Canadian Rockies locales; a series of gnarly passes and peaks and probably all range of sunny and inclement weather. All on my scrawny little legs, out and back from my apartment in Banff with a pack on my shoulders and a GoPro in my hand!

Golden Ultra is a badass-looking three-day stage race in Golden, BC from September 18-20, 2015. I only learned about this race recently but it seems they’ve been organizing and taking registrations for a while. This race features three trail-running events over the weekend including a vertical kilometre, a 55km ultra, and a 22km trailrace. I ran a couple races last summer (Mountain Running Championships and TrailStoke) west of the Divide which gave me a good taste of what the Kootenay Rockies have to offer when it comes to gnarly and scenic mountain races. I’m most excited about the VK. Pat, Glenn and myself will be heading out to Golden that weekend and I personally can’t wait to see what organizers have in store.

I entered this year’s Ultra Race of Champions not so much because I consider myself a champion but because it will (hopefully) confer the remaining three points I’ll need to enter UTMB in 2016. The race has moved from Colorado (sad note) to Auburn, CA (happy note!), home to the finish-line of the legendary Western States Endurance Run. Although I’m stoked to run this race and take in WS100 culture, if I DNF in Chamonix or if UROC isn’t giving out UTMB points this year, I might not attend.