Mark Twight used to cut away relationships, then go climbing hard. I got cut away, then went climbing hard because of it. From the darkness of one winter it felt I’d just emerged, and I was about to delve into the twilight of another.

Gorak, my bike, lay skeletal and anorexic on the floor, surrounded by an array of camping and mountaineering equipment in a state of semi-organization for my next trip. Curiously pinned inside the open flap of my top-tube bag was one incisive, derogatory word. Five letters long, it was something someone might invoke in a moment of particular malice, to indicate the total weakness of another.

I didn’t want it to go on like this, to descend down this dark, weird path. But the knife that was used to cut, was used to twist, and in the black flames of resentment I found myself twisting back, “buying the ticket” to show her, and myself, that I’m the opposite of weak.

I know no one else who forces themselves to stare into the skrying bowl of Fear, again and again. Sometimes I overcome my fear, sometimes I don’t. But when other folks are planning their dream vacations, mine usually keep me awake at night. The story of me is doing shit that scares me, over and over. And no, I don’t want to fail and I don’t want to die − not because I’m scared of dying, but because that’s just poor style.

Two years later, what was different? The fear was the same. The objective was similar, with a new, mandelbrot-ian complexity that made me want to vomit. I was going to ride my bike 500 kilometers, from Mexico City to Veracruz, and tag three volcanoes along the way. I was going to revisit the summits of La Malinche, Iztaccihuatl and Pico de Orizaba but entirely using my own power.

On paper, the objective looked totally reasonable. But inside my head, anxiety began to spiral like an Ouroboros, eating its own tail and devouring me along with it. 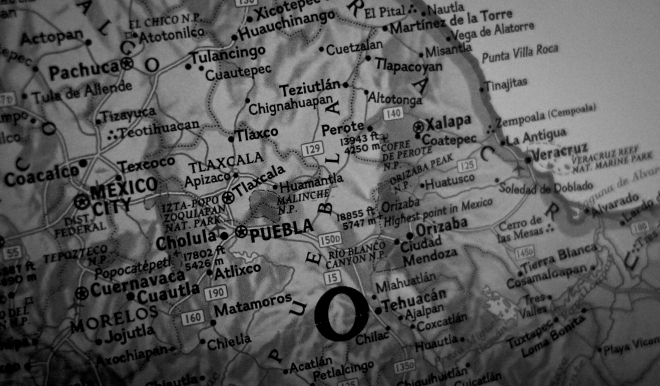 Then Chris suggested we ride bikes and hike up something. A perfect opportunity for a longer ride on my touring bike before my upcoming bike touring trip. And although I could finally admit to myself what I was cooking up, I lacked the ability to share it with Chris.

I couldn’t yet expose my idea to that high of a standard. Chris’ opinion I trusted, both as a mountain endurance junkie and as a far more experienced cyclist than myself. I barely had enough confidence to do this, let alone to use Chris as a sounding board for my half-baked bikepacking mission. So we cycled for sixty kilometers and it remained unsaid. 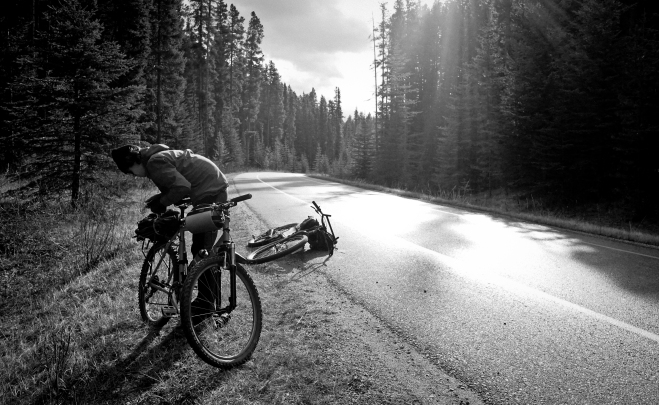 Two weeks left, and the black crow still circled. I had to call my parents. I had to tell them what I was doing, and I knew they’d think it was a bad idea. I already felt a bit disconnected from my family, maybe even seen as aloof. I couldn’t let my parents learn I was riding my bike across Mexico by tuning into Instagram, or from my brother mentioning it offhandedly. This was my vocation, not just a hobby, and I had to call my parents and explain what I intended to do.

I told my dad about my plans, then the subject shifted, but I could tell he wasn’t comfortable with the idea.

“Look, bud, you’re an adult and you can do what you want,” he said.

“No, I don’t want to just ‘do what I want'”, I said. “I want to have a conversation about this. I want you to understand why I’m doing this. And, as little confidence as I have in myself right now, I’d like you to have confidence in me, in my ability to choose objectives that are challenging but not stupid.”

The tone shifted, and he acquiesced. Suddenly we were speaking in positives.

“Well I guess you’ve been there before and you liked it…”, he said, and then we proceeded to catch up on other things.

I hung up the phone and felt a warm wave of relief crash over me. Had I just called to get my parents’ blessing to go on an adventure?

One week to go. All the pieces were seemingly in place except I hadn’t truly committed. I thought I’d severed and peeled apart the layers of my discomfort about this trip − by admitting to myself, telling others, telling peers, and telling my family − yet a kernel of reluctance remained. Did I even want to do this? Did I have the mental or physical capability?

Maybe I was just a pussy after all.

The truth is, I didn’t want to do this; it was big and intimidating and culturally strange. So many things could go wrong. And it was going to be physically difficult. I didn’t want to work hard, and I didn’t want to face challenge. I just wanted to claim the achievement without experiencing the process to get there. This was precisely why I needed to do this. Not to feed my ego, and not because I was resentful about a woman. Not to say “fuck you” to any voice other than the one in my head telling me I couldn’t do this.

Like iron in a hot fire, I needed challenge and difficulty to transform me. I needed to suffer.