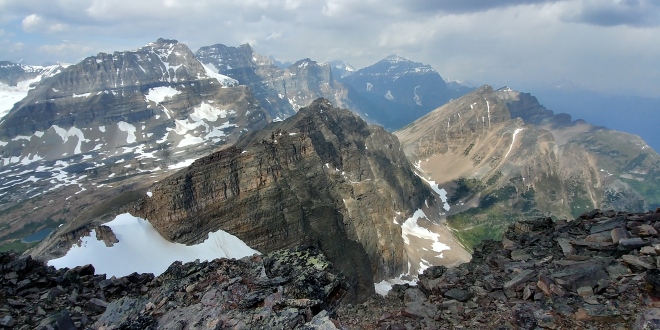 Past
It’s been ages since I contributed to this blog — eleven months to be exact — despite the fact that I had my most memorable year in the mountains and I’ve had lots to write about.

What made it so great? First, I went to Mexico and tagged three high-ish altitude volcanoes. The trip was independently researched, funded and facilitated and was fulfilling because it was so far out of my comfort zone. A full report can be found here. I see this trip as the first in a new chapter of my mountain life that focuses more on running and mountaineering objectives abroad rather than organized trail races.

Second, I used a bike to access most of my mountain adventures last summer. This decision came initially out of practicality; when my ex-girlfriend and I split up last spring, we sold our car as I reasoned it wouldn’t be necessary to me. As I went on longer and longer excursions, I fell in love with my bike and the whole self-powered medium. I can’t articulate how satisfying it is to do long daytrips in the mountains using entirely one’s own steam. 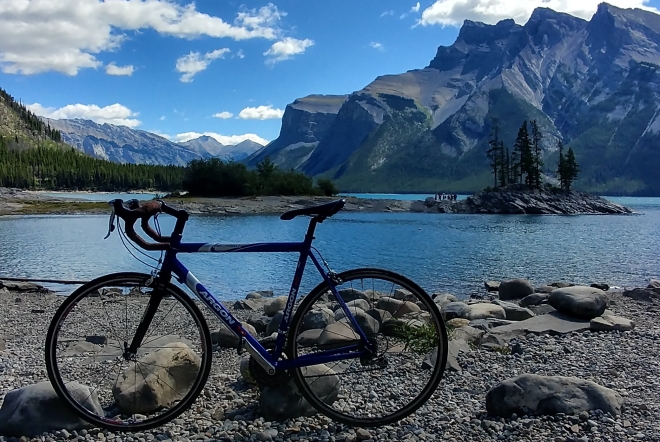 The self-powered style reached its zenith for me in the context of the Mount Temple Duathlon, in which I cycled 70kms from Banff to Moraine Lake, tagged 3544m Mount Temple, then rode all the way back to Banff. I completed this challenge twice this summer, the second time doing it unsupported (no outside assistance, not even cafés) and brought the time down to 10h05m from my first attempt in 2016 which took nearly fourteen hours to complete.

Next, I spent a ton of time in the Valley of the Ten Peaks this summer, which is arguably one of Banff’s most picturesque and popular areas. It feels great to have built such an intimate relationship with this location and its iconic peak, Mount Temple, via eight excursions in an variety of styles, both solo and with various friends.

I can’t do a recap of this summer without mentioning my crack at the Temple FKT, which represents to me my sharpest, most refined state as a mountain runner. While the story is told here, the long and short of it is that I expected to fail but succeeded beyond my wildest dreams. I will never forget looking over my shoulder during the final ridge ascent and becoming overwhelmed both by gratitude for my capability and the sublimity of the view. 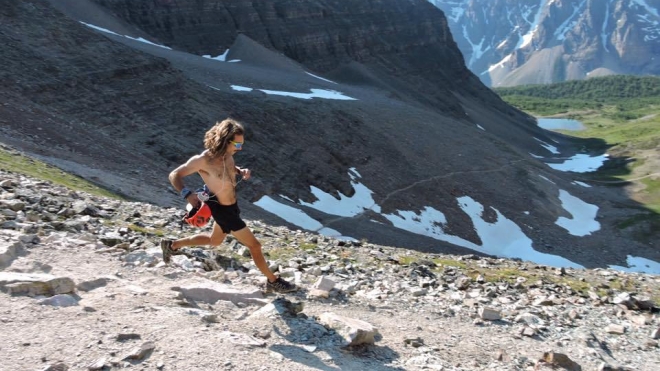 I’ll conclude with the last few episodes which come to mind:

Completely failing at my big project for the summer, a bikepacking-style link-up of three 11,000 foot peaks. I thought I’d trained enough but the night before I was due to head out, I completely fell apart. This happens regularly for me with smaller objectives, but I was genuinely crushed that I wasn’t feeling confident enough to take it on. Oh well, there’s always next summer…

Ha Ling “Rice Bowl” (north bowl) with Chris Reid. This is the semi-technical slabby bowl separating the north faces of Ha Ling and Miner’s Peak. I’d done this once before with Sean Bradley but it’s definitely at the upper end of my comfort zone when it comes to scrambling terrain. Like last time, we sent it safely and without issue, and it was nice to take on something more demanding than a hike or run with a bud with whom I plan to tackle more technical objectives in the future. 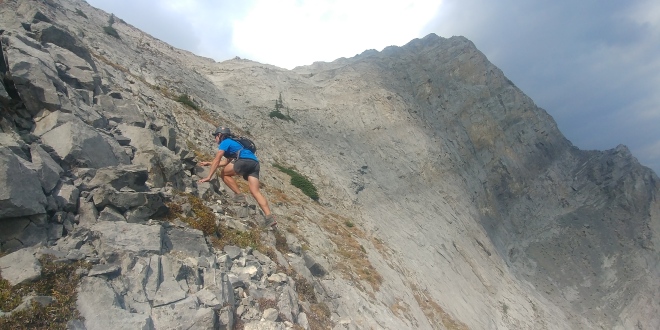 Elizabeth Parker and Abbot Pass Huts with Marcy Montgomery. A little different for me as I’ve somehow spent six years in the Rockies avoiding carrying a heavy pack and/or doing overnight trips, but in terms of sheer enjoyment, this was one of my favourite weekends in the mountains, ever. Lake O’Hara was at its peak of golden larch season so the eye-candy was incredible and as for the company, the girl is a fucking riot. 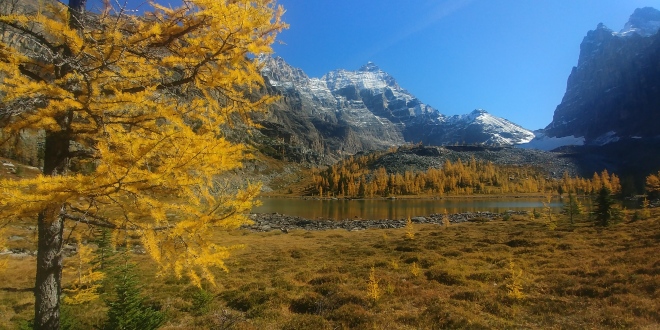 Present
After several weeks of declining activity and drive to take on big adventures, as of November 1st I started consistently running and training in the weightroom again. While there’s nothing too epic to report, the motivation for this renewed activity came from the stars lining up for my next big mountain adventure, planned for September of next year. Guiding my efforts has been the wisdom imparted in Steve House and Scott Johnson’s book, Training for the New Alpinism.

My actual outings have consisted of the usual winter objectives: Sulphur Mountain in Banff; Ha Ling and East End of Rundle in Canmore. I’ve continued plumbing the semi-technical Sulphur 3 in varied conditions this winter and, as I still don’t own a car, most of my ascents of Ha Ling and EEOR start and finish in town.

While stoked to get out on my skis this winter, I haven’t had as many opportunities as expected. Ski trips have included a daytrip back and forth to Bow Hut with my buddy Tomas, and tagging Lookout Mountain at Sunshine Ski Resort with Chris. 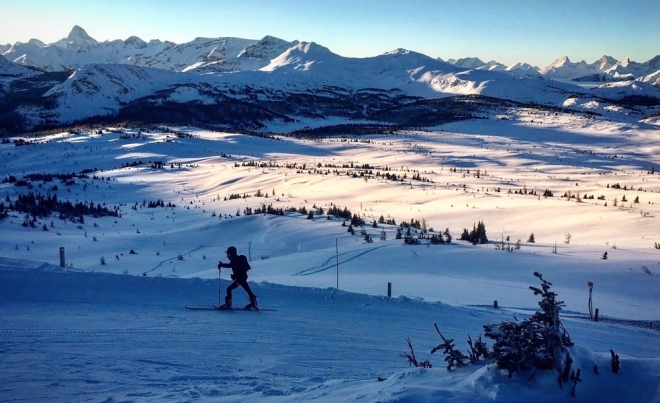 Future
Unlike in the past, I’m less inclined to discuss my plans for the future. Perhaps I’m just growing up and wanting less to talk about things I haven’t done yet, but I do believe there’s a certain energy preserved in keeping things secret.

While many of my future plans are tempered by other factors (work, for example), there are a few details I’m willing to disclose:

I want to become a more fully rounded mountaineer. I feel a tangible sense of being limited as a hiker/runner/scrambler and want to learn the systems which permit more vertical travel in the mountains. The logical source of this knowledge is taking a course, but my opportunities for doing this next summer will be limited, so I hope to learn from knowledgeable peers as well.

I signed up for a half-Ironman in Calgary. While I’m unabashedly infatuated with the mountain environment, the culture and hardcore exertion of Ironman triathlons fascinates me. Plus, I have all the gear and basically all the skillsets. Based on some of the adventures I took on last summer, this doesn’t faze me as much as perhaps it should.

I want to continue with the self-powered/multisport style in the mountains. I don’t know if I want to do every approach on the bike like last summer, but I don’t intend to forsake it altogether. Futhermore, The Picnic AKA Grand Teton Triathlon has had a lasting impact on me and I intend to import this kind of craziness to the Canadian Rockies.

I have a big international mountain adventure scheduled for September 2018. I won’t disclose many details except that it involves ultra distance, high altitude and a jaw-dropping mountain environment. This is something I’ve been thinking about for at least a couple of years and is one potential response to my philosophical question, “What would the trail running equivalent of the world’s gnarliest alpine climbing routes look like?”